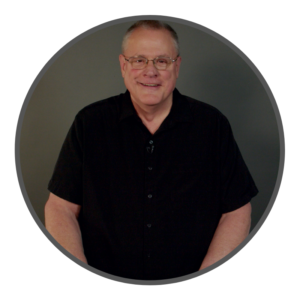 Acts 16:16–10 (ESV) And they went through the region of Phrygia and Galatia, having been forbidden by the Holy Spirit to speak the word in Asia. 7 And when they had come up to Mysia, they attempted to go into Bithynia, but the Spirit of Jesus did not allow them. 8 So, passing by Mysia, they went down to Troas. 9 And a vision appeared to Paul in the night: a man of Macedonia was standing there, urging him and saying, “Come over to Macedonia and help us.” 10 And when Paul had seen the vision, immediately we sought to go on into Macedonia, concluding that God had called us to preach the gospel to them.

The Apostle Paul and his team are on their second missionary journey (Acts 15:40–18:22), and our passage indicates that Luke is with them. He is a witness as well as the one who documents what took place. The missionary team was traveling throughout the region to both present the decrees of the Jerusalem Council and to strengthen, encourage, and teach the growing communities of believers. Evidently, they had a plan and a strategy, and as they traveled, the Holy Spirit spoke in different ways with specific directions for where they were to minister.

As they were traveling, we learn that as “they went through the region of Phrygia and Galatia” (much of modern Turkey), they were “forbidden by the Holy Spirit to speak the word in Asia” (the western part of what is today called Asia Minor; Ephesus is in this region) and “…when they had come up to Mysia, they attempted to go into Bithynia” (a province near the northeast of Asia), “but the Spirit of Jesus did not allow them.” The Holy Spirit was actively guiding the missionary team as they prayerfully submitted themselves to His leadership and were responding to what He was saying.

There is no indication as to how the Holy Spirit communicated His will to Paul and the team during this part of the journey but “having been forbidden” suggests this direction was specific and could have been communicated through a prophet or prophecy, a dream, a shared discernment as the team prayed and discussed their travels, an inner conviction, a tongue and interpretation, a significant check in their spirits, a vision, a word of wisdom or knowledge, or even an audible voice.

The team’s experience as they attempted to go into Bithynia was different and the statement “but the Spirit of Jesus did not allow them” suggests closed doors or resistance that, likely after prayer and discussion, was understood to be God’s work.

The Holy Spirit was also speaking as He permitted them to continue their journey “…passing by Mysia … to Troas.” In light of how active the Holy Spirit was in guiding them, His silence as they made this decision could appropriately be understood as permission.

The team was now in Troas and during the night, Paul receives what has been called the “Macedonian Vision” and, once again, the Holy Spirit provides direction for the next phase of their journey; “And a vision appeared to Paul in the night: a man of Macedonia was standing there, urging him and saying, ‘Come over to Macedonia and help us.’” This vision is supernatural, it is a miracle, it is clear and distinct as the man is standing and urging Paul and the team to “come over to Macedonia and help us.” Luke records the team’s response: “…immediately we sought to go on into Macedonia, concluding that God had called us to preach the gospel to them.” And so they set sail and we learn that there must have been further Holy Spirit leading and conversations, for they eventually went  “…to Philippi, which is a leading city of the district of Macedonia and a Roman colony.” (16:11–12) The Holy Spirit led them to the precise city and region where He wanted them to minister.

It is striking how intimate the relationship was between the Holy Spirit and Paul, Timothy, Luke, the rest of the team. The Holy Spirit wants this intimacy with us today as well. He is calling us to faithfully serve, He guides us in our daily lives, He gives us wisdom when we ask, and we have access to His power and gifts that enable us to serve our communities and make disciples of all nations.

It is remarkable to see how clear the Holy Spirit was as He directed their mission and how silent He seemed to be about the “whys” of His direction. We learn that it is enough to trust and obey as He leads! The Holy Spirit is speaking in so many ways! The team must have learned to pay attention to how the Holy Spirit was working and they grew in their ability to know His voice. His presence and their assurance made any “whys” relatively unimportant.

Once Paul and the team were sure the Holy Spirit was speaking, they immediately obeyed!

In much of our passage, the Holy Spirit led Paul and his team in the right direction by closing doors to the wrong direction. But open and closed doors alone don’t indicate that God is speaking. In 1 Thessalonians 2:18, Paul says that Satan had hindered him from visiting the Thessalonians. In our passage, it was the Spirit of God who hindered them. How did Paul and the team know the difference? Certainly they depended on wisdom, humility, talking together, discernment, patience, and faith to hear His direction and obey quickly.

Perhaps the Holy Spirit is opening your spiritual eyes to the ways He has been and does speak to you. Anticipate that He is speaking, and grow in your understanding of how He speaks to you and how He is working in and through your life.

Perhaps the Holy Spirit is helping you hear His voice. While He directs in many ways, we must not forget that He can speak to us with words and we can hear Him. Ask Him to help you hear and know His voice.