From Reclining to Reaching. Day 35 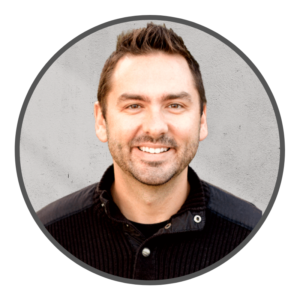 Mark 16:14–20 (ESV) Afterward he appeared to the eleven themselves as they were reclining at table, and he rebuked them for their unbelief and hardness of heart, because they had not believed those who saw him after he had risen. 15 And he said to them, “Go into all the world and proclaim the gospel to the whole creation. 16 Whoever believes and is baptized will be saved, but whoever does not believe will be condemned. 17 And these signs will accompany those who believe: in my name they will cast out demons; they will speak in new tongues; 18 they will pick up serpents with their hands; and if they drink any deadly poison, it will not hurt them; they will lay their hands on the sick, and they will recover.” 19 So then the Lord Jesus, after he had spoken to them, was taken up into heaven and sat down at the right hand of God. 20 And they went out and preached everywhere, while the Lord worked with them and confirmed the message by accompanying signs.


What Does it Mean?

Jesus is circling back to His disciples and challenges them to leave the position of reclining and to get about the business of ministry. He even rebuked them for their unbelief since they had heard that He was alive, but they had a hardness of heart that was paralyzing their advancement.

These disciples heard the rebuke, decided to obey the command of Jesus, and went everywhere and preached. As they obeyed, exactly what Jesus said would happen began to take place, with the accompanying signs of healings, deliverance, speaking in tongues, etc.

We cannot allow unbelief to paralyze us from being about what Jesus called us to do, which was to “GO!” We have to catch the word from Jesus and allow it to convict and motivate us to disrupt our state of reclining and begin reaching the world through the message of the gospel.

As our obedience and faith increases, we will see the signs that Jesus said would happen and the signs that the disciples saw happen when they moved in obedience. We will also see those who believe the gospel that we preach begin to multiply, and these same signs will follow them as they obey. This will be dynamite.

The first point of response may be to repent for any place that you have been reclining or delaying obedience while acknowledging that you are hearing the Lord speak to you. As you do that, let’s commit ourselves to “Go” and begin to preach this gospel everywhere, believing that God will confirm these words with accompanying signs.

You may want to pray this:

“Lord, I repent of any reclining, laziness or unbelief that I have allowed to keep me from obeying You fully. I hear You speaking to me, just as Jesus spoke to those disciples. I choose to believe and obey You. I ask for courage and boldness to preach the gospel everywhere I go. I ask You to confirm the word that I preach with the accompanying signs that You said would happen, so that people will believe on Your name and know that You are real. In the name of Jesus Christ I pray. Amen.”